How to mount a parachute on a multirotor drone

If you've never installed a parachute on a drone you may wonder what's the best way to fix it to your aircraft. Here's some inspiration.

It's hard to find a system that "fits them all" given the wide variety of multirotors, you also have to take into account the numerous custom builds. Some have square arms, some have them round. Some have a plate where you can screw a parachute but others don't have that much space left. You must be careful not to obstruct the GPS "view".

Most parachute manufacturers provides mounting systems but they all vary greatly, let's take a look at the most commmon ones.

Here is a DJI Inspire with two MARS 58 Parachutes mounted on each side by Frenchidrone. They are triggered at the same time via a dedicated link to comply with new french regulations. 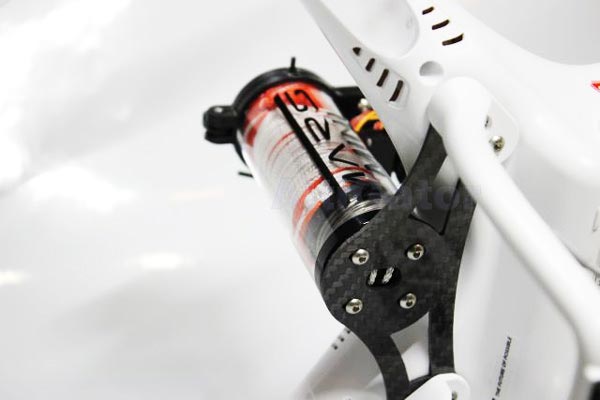 MARS Mini parachute mounted to a DJI Phantom with the MARS Mini Phantom mount. Designed specifically for the Phantom it takes no more than five minutes to install. 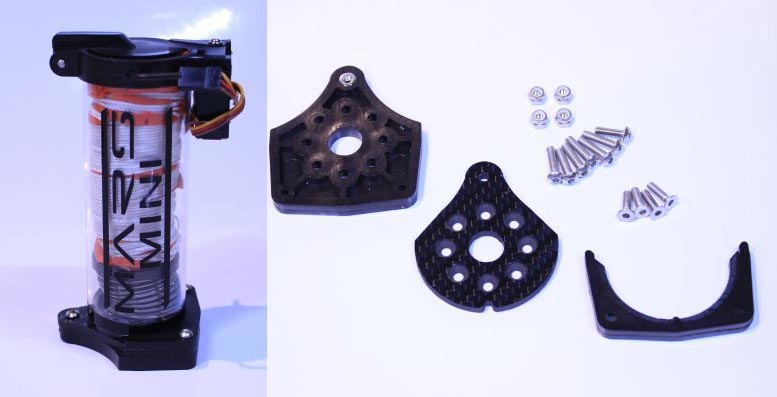 The MARS Mini can also be mounted with a special quick release mount that allows the parachute to be installed and removed in a snap. 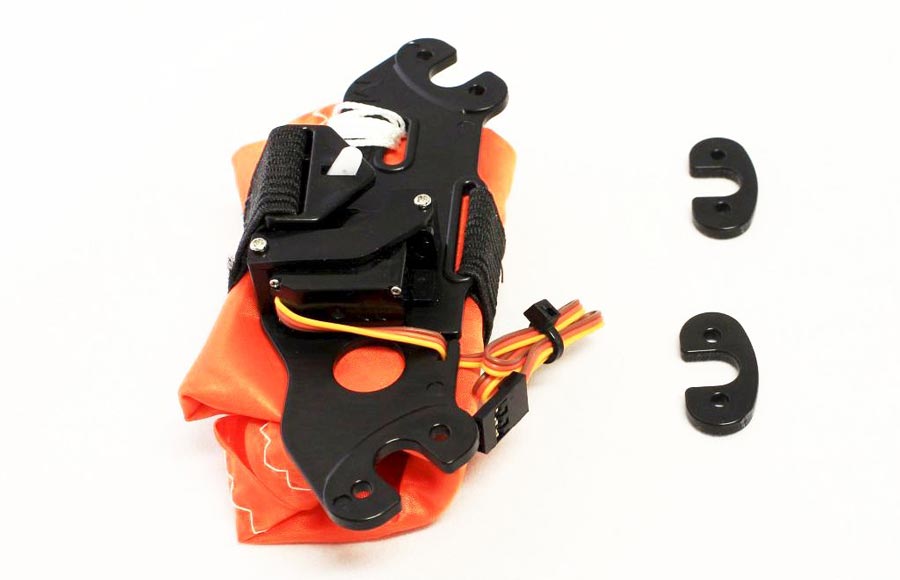 The MARS Lite comes bundled with its own mounting system which can be installed between the legs and the bottom shell of the DJI Phantom.

The DJI Inspire mount for MARS 58 provides a quick and clean installation. 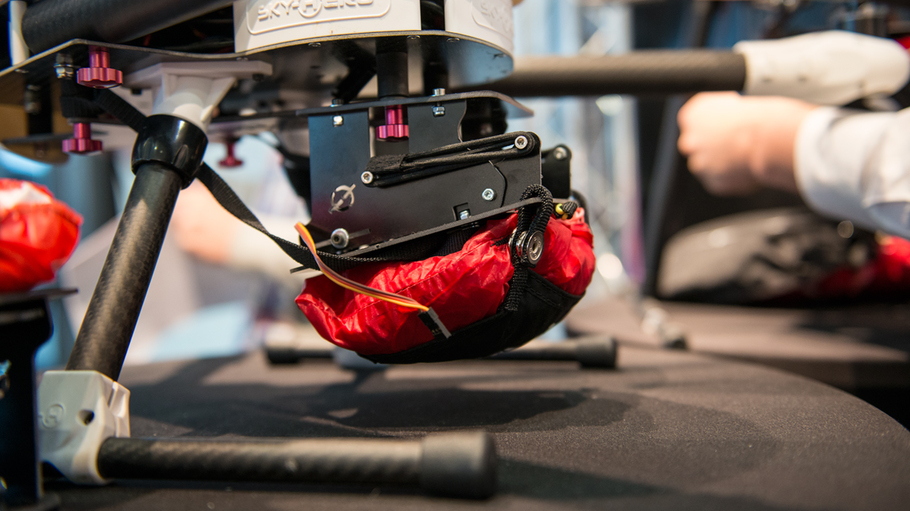 This is a Sky-Hero Spyder with a Opale Paramodels parachute, probably 1.8 or 2.5m² held by its pod on the Opale ejection system. The system eject the parachute with rubber bands. 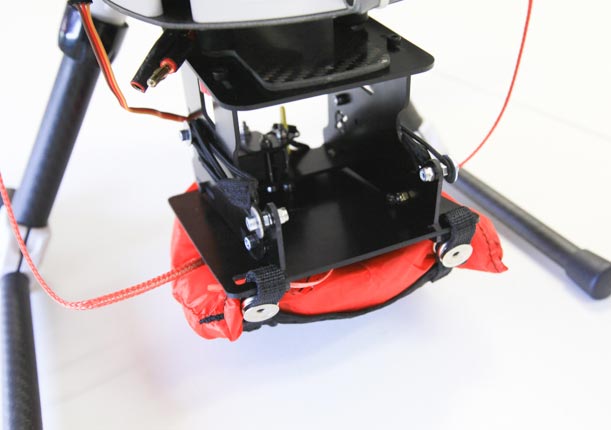 Another look at the Opale ejection system on the Sky-Hero. 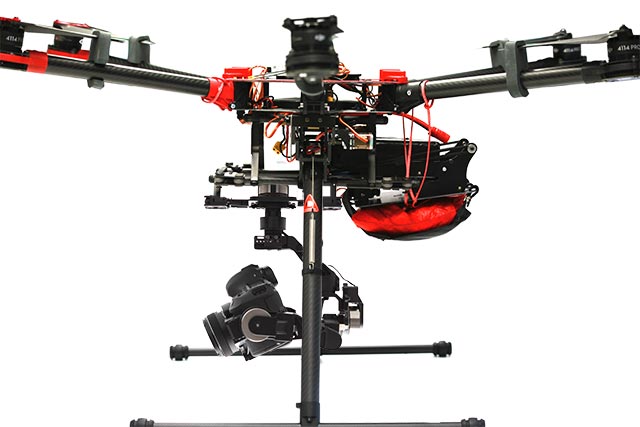 Opale parachute with ejection system mounted on a DJI S900. 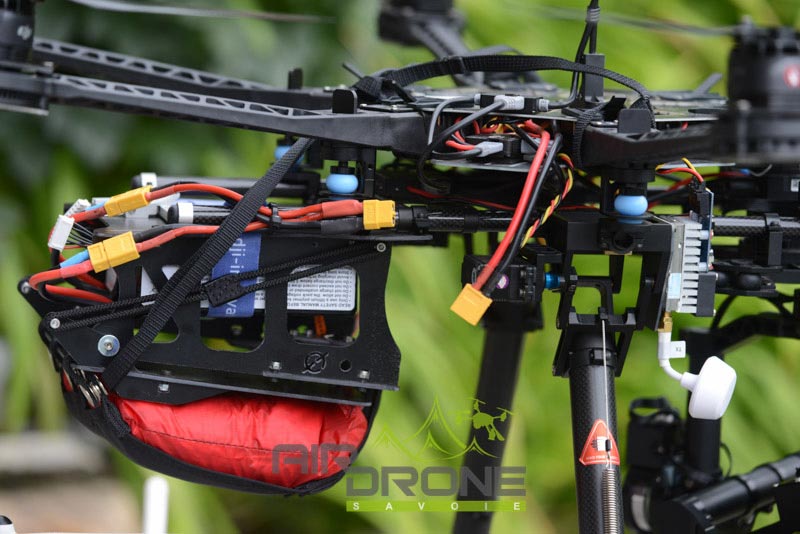 And again a Opale parachute with ejection system here mounted on Air Drone Savoie's DJI S800. The double black strap going into the pod is connected to the aircarft's frame. 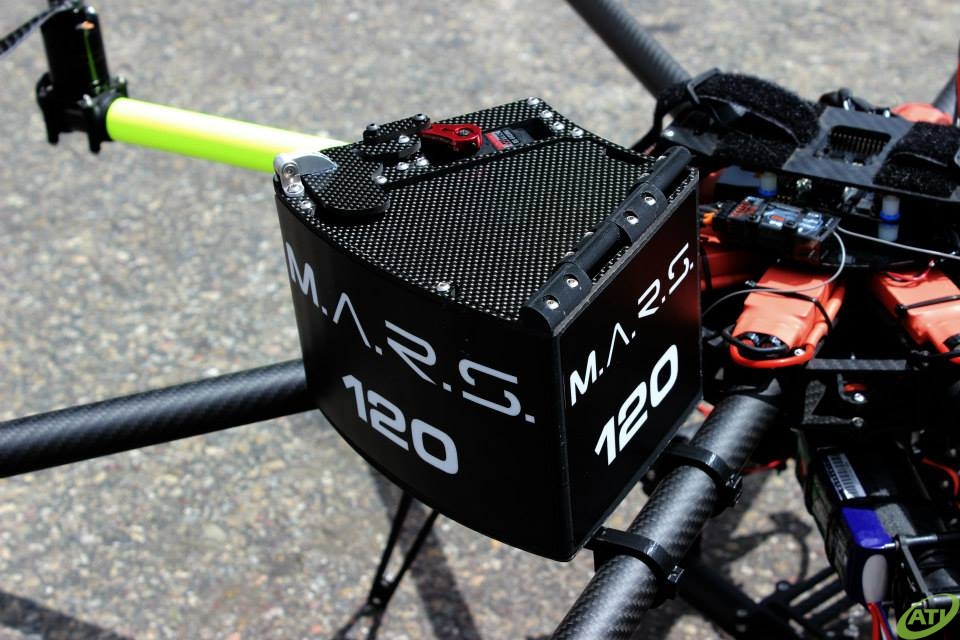 This one is a MARS Parachute 120 v1 (old version now replaced by the 120 v2) mounted on a big Cinestar 8 lifting heavy and pricey cameras. 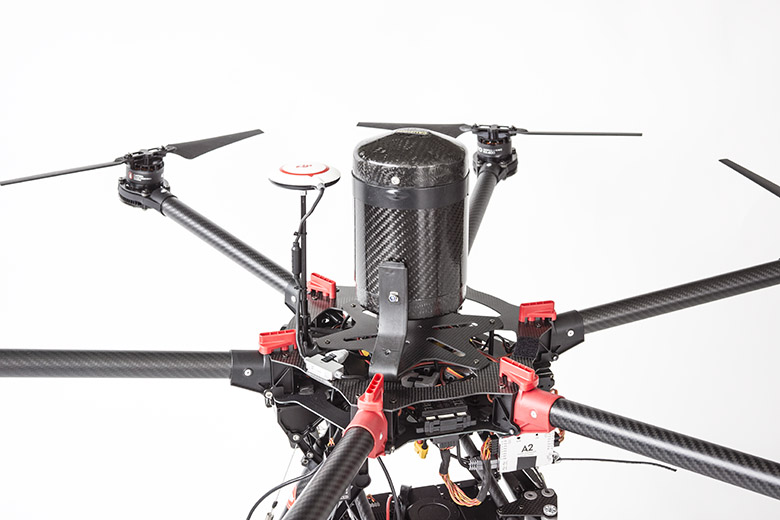 This parachute is mounted on DJI S900 modified by Flying Eye. It can be activated via a circuit breaker to comply with new french regulation for S3 scenario (S3 = flight in urban area). The Parachute comes from Rebel Space and is deployed by a CO2 canister.

Dual Skycat X68 on Aeria's Gryphon Dynamics X8 frame carrying a Panasonic GH4. The parachute launcher is simply strapped to a plastic holder making it easy to remove the system for easier transportation or removing a bit of weight from the aircraft. 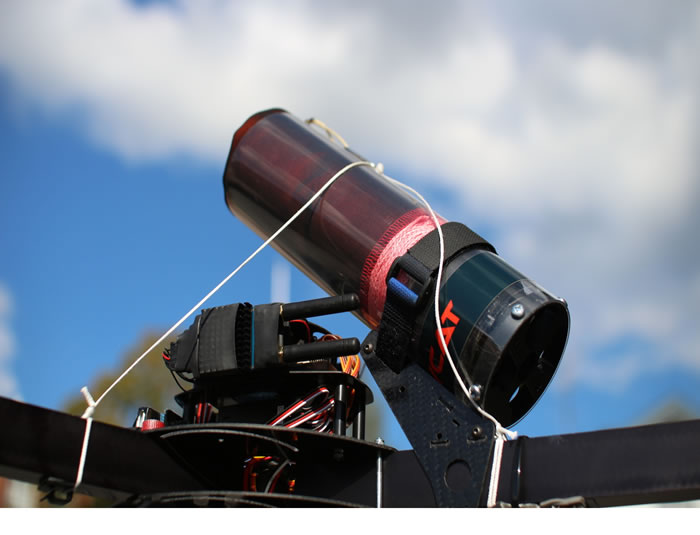 Skycat Launcher mounted on a rectangular arm with a custome mount. The mount does not need to be very strong as the parachute is always connected directly to the aircraft (white ropes on the picture above). This system also has the advantage to be easily removable. 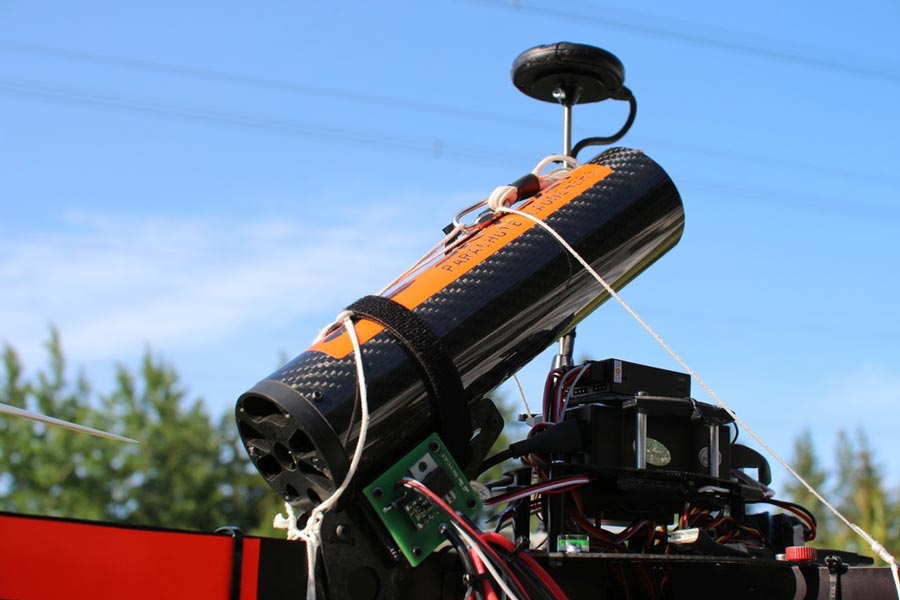 Another Skycat launcher simply strapped to its carbon mount. Below is the trigger unit (green board). 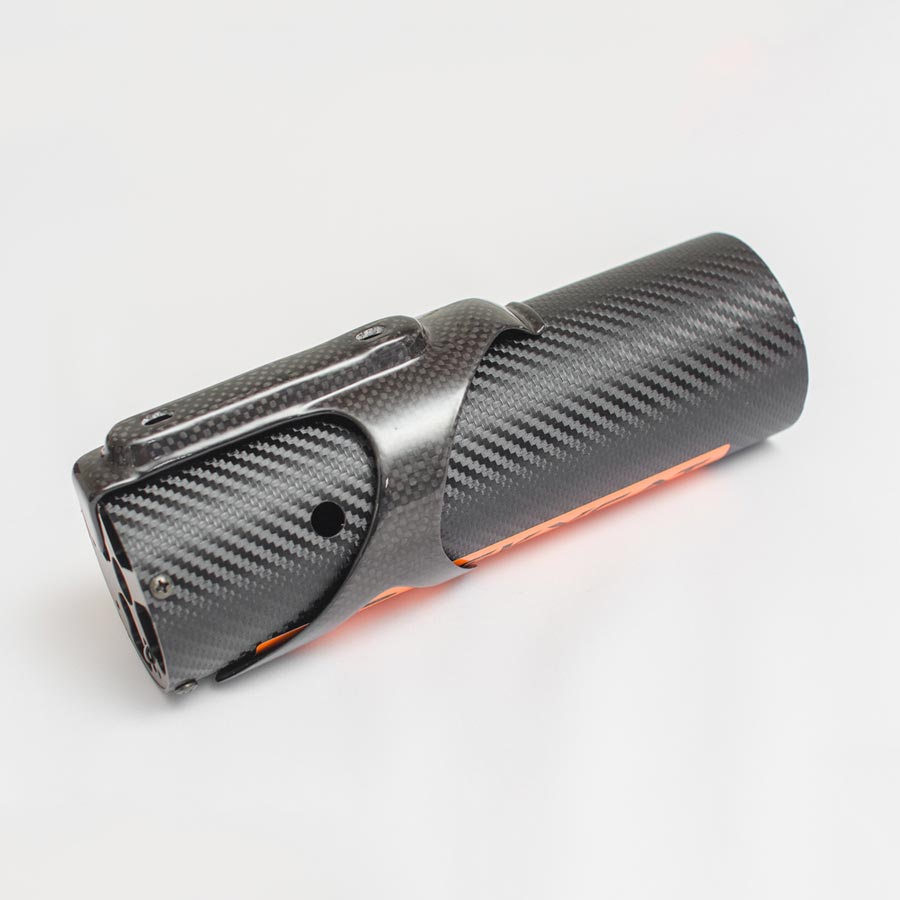 Bicycle bottle holder used as a mount for a Skycat launcher. 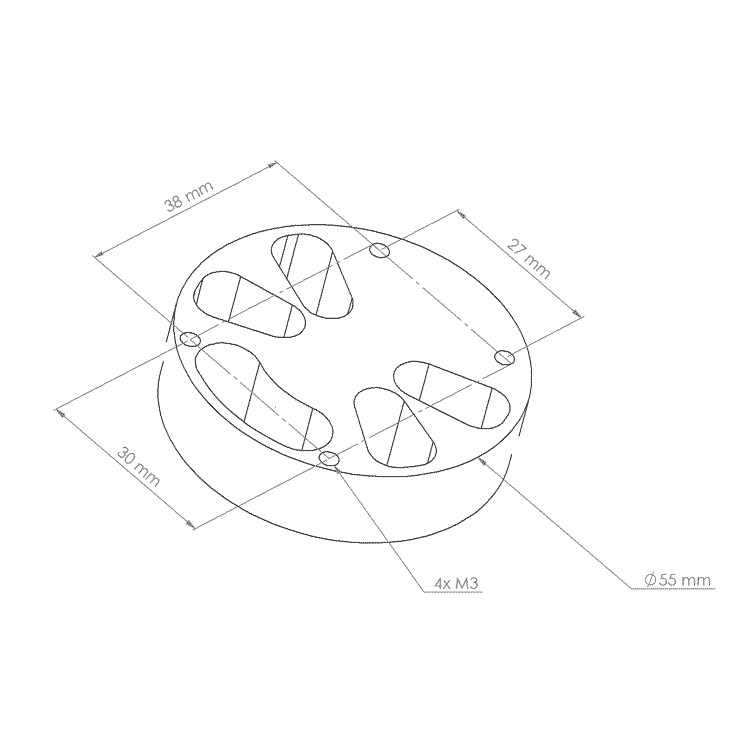 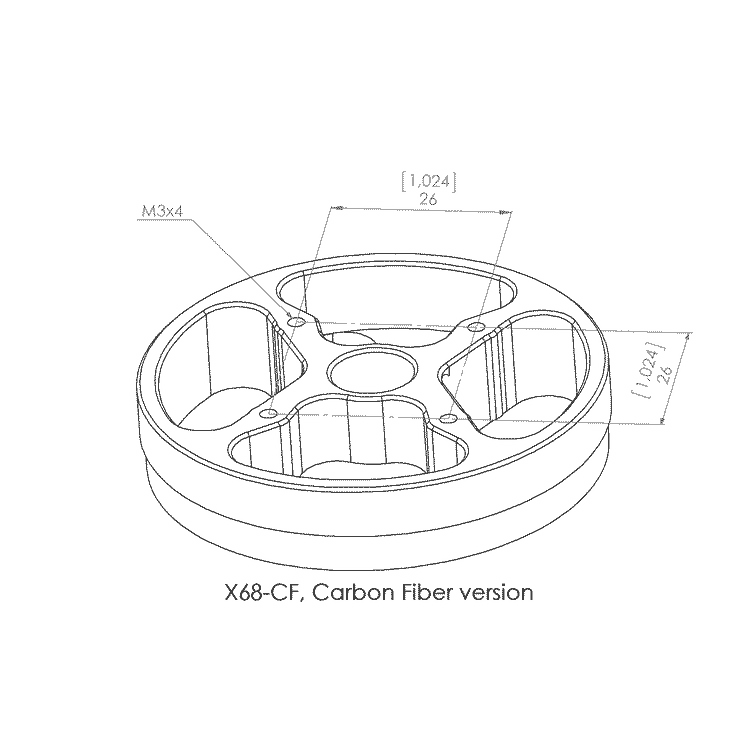 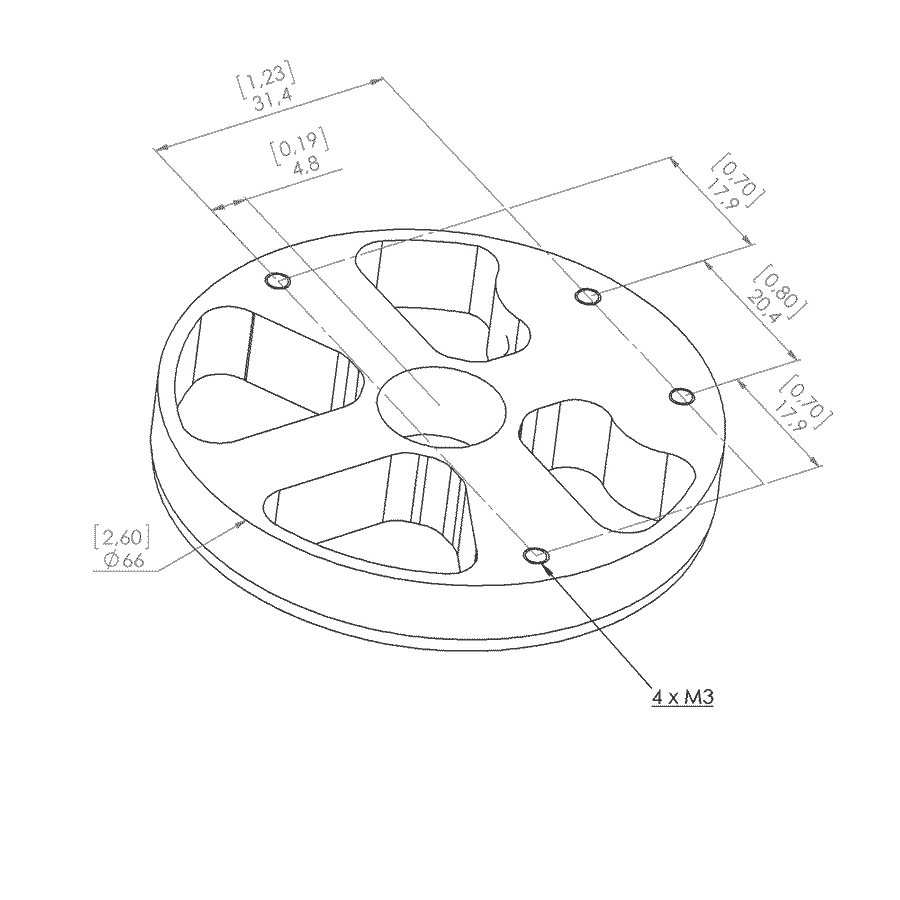 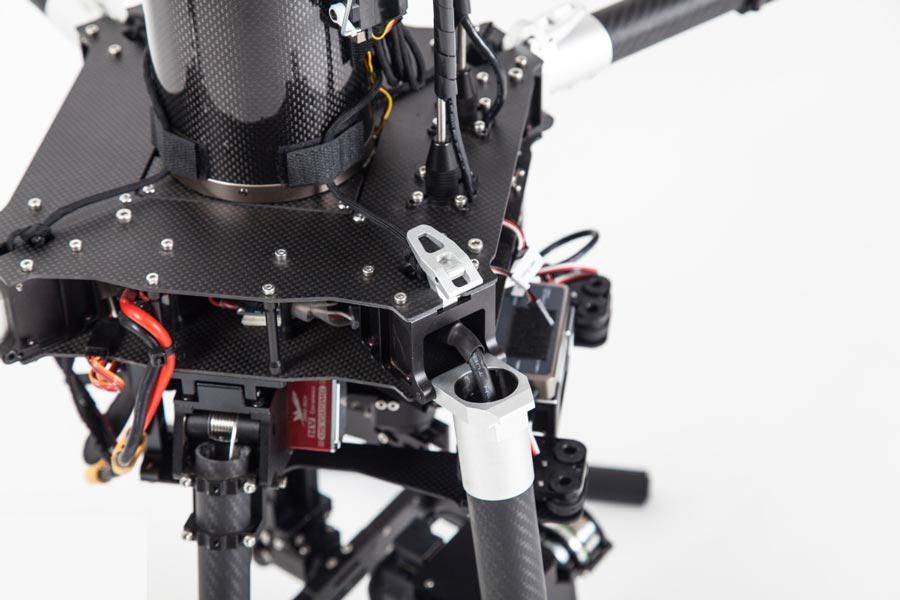 Two MARS 58 parachutes mounted on a Frenchidrone CinestarK 8 Dragon. Two parachutes aren't too much to slow down this 12kg AUW aircraft. 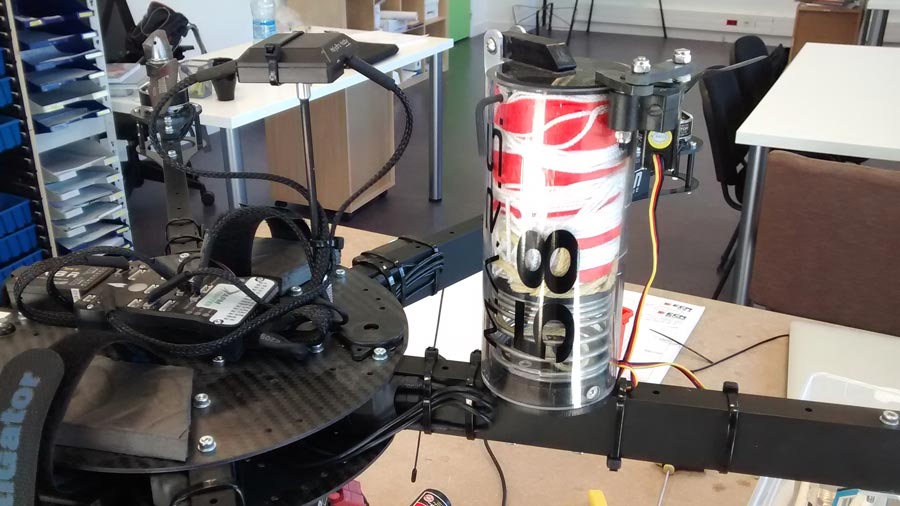 A MARS 58 Parachute bolted directly on the arm of a Vulcan hexa frame.

Don't hesitate to submit your own pictures at contact@parachutedrone.com or leave a comment !