There are two parachutes systems available off-the-shelf at the moment. 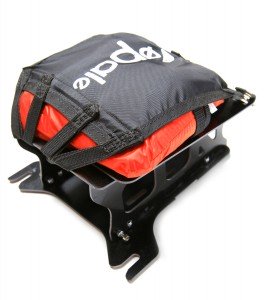 The second system consists of a servo and a spring. It is manufactures by MARS Parachutes and is available in 3 different sizes : 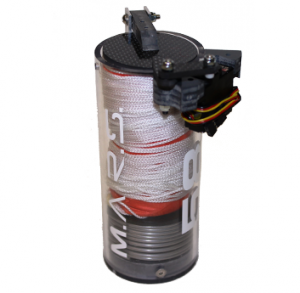 You will find below a comparison table of the various rescue systems according to their characteristics such as : size, weight, maximum aricraft weight, price and deployment system.

Making your own parachute

For those of you who don't want to spend money on the parachute system or if you are part of the so called makers revolution. Thanks to the people who shared their work, there are a couple of examples of handmade parachutes systems for UAVs on the internet.

Here is a parachute whith a CO² cartdridge ejection system, made with airsoft gun parts over at diydrones.com. 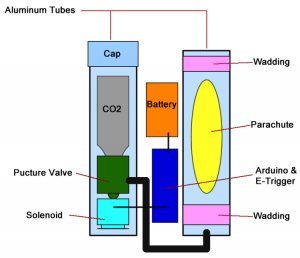 A simple parachute, without ejection system, mounted on a RC plane. 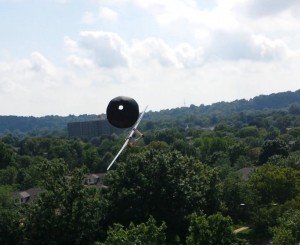 Again on diydrones.com, a parachute test on a small quadcopter, ejected by a servo + spring. 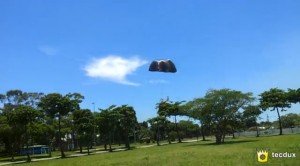 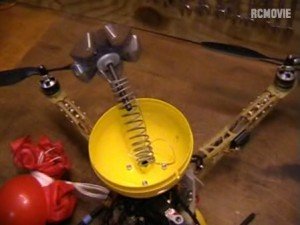 A tutorial on RCGroups.com explaining how to build your own parachute + ejection system.

A website (in french), with in-depth explainations about theoritical and mathematical science behind a parachute.

A Parachute Descent Rate Calcutlator (in english) according to its weight et the parachute size.