How to remotely trigger a drone parachute ?

That's the question we get asked the most. For good reasons. First, there's no point having a parachute if you can't deploy it. Second, there's not a lot of products to solve this problem on the market at the moment, fortunately things are changing quickly. You'll find below a list of remote control systems for drones parachutes. 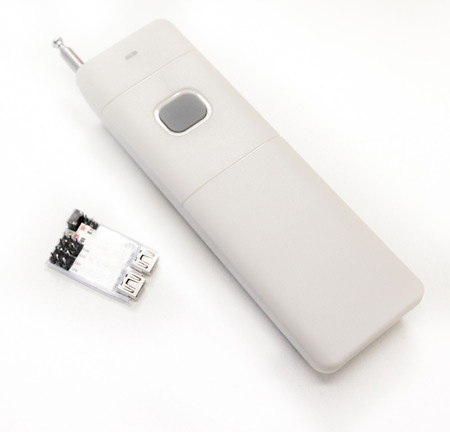 This remote was presented by Opale Paramodels in November 2015. It works with 433 MHz which shouldn't interfere with your drone's transmitter (usually on 2.4GHz). Some drones use a 433 MHz telemetry but that's not a problem, both can co-habitate. The 433 MHz frequency is well suited to europe but is not usable in USA without a HAM license. Take a look at the regulations in your country before buying.

Opale claims a range of 2.5km although we all know the range can greatly vary with the environnement.

The remote is 14 x 4.5 cm and necessitate a 9V battery (not included). When flying, you should always have this remote handy, in your pocket or around your neck with a strap. If something ever goes pear-shaped, you would drop the Throttle to zero on your drone's RC and push the button on this remote to deploy the parachute.

The parachute is DGAC (French FAA) compliant according to Opale Paramodels.

The receiver is a CAMremote commonly used to trigger cameras on drones. It can be powered with a small 2S Li-Po battery or via any other available 3-12V power supply on your aircraft.

When you first receive the module you will to update the receiver frmware and upload the custom config file. For doing you will need to plug a USB cable between the receiver and your PC and download the two files that you can find on the download tab on this page.

Cons : no throttle cut, need to program the receiver upon delivery, no low battery or link loss alarm.

This is the most advanced and well thought system but of course also the most expensive. This system will work with any PWM / servo activated parachute.

As with Opale's remote, the SAC FTS is completely independent of the main pilot transmitter.

The "master" unit or ground module is made of die cast aluminium and can be charged via its connector or with a separate Li-Po battery.

The slave unit or air module is light ans small and can be powered form your main flight battery or with a dedicated Li-Po (3S up to 6s).

Range : The SAC FTS uses 868 MHz at 500mW, there's just a narrow band in the 868-869 in Europe that is allowed at 500mw and this system cleverly uses it. During their tests, the Evosystems team never had a loss of signal even up to 5km. To top it all off, the communication uses a 128 bits encryption, It means that nobody except you, will ever be able to trigger the parachute.

Another great feature is the Keep-Alive. As long as both modules can communicate with each other, the white LED on the ground unit well light up every second. If the signal is lost you will hear an audible alarm and a strong LED Flashing. At this point, you know your drone is out of range, you won't be able to trigger the FTS and you should get your aircraft back toward yourself. As soon as the link is restored, the alarm will be reseted.

Another alarm (both LED and buzzer) will go off as soon as the battery is too low.

For more information you can check the manual in the download section of the product page.

The SAC FTS is ENAC (Italian FAA) compliant. Evosystems is an Italian company.

Each SAC FTS is individually tested before shipping.

This module allows you to deploy a parachute, if you also want to cut the throttle you will need to add this other module.

Cons : shouldn't be used with a 1.2 GHz video transmitter, price.

Like other systems, RC-01 Stop Flyaway is a simple one button remote on the ground. On the aircraft The RC-01 receiver has 2 channels, upon activation (when the button is pressed) it will cut the power to the channel 1 and will start to supply channel 2. Using the RC-01 Adaptor board it is the possible to activate any PWM / servo based parachute system.

Range : up to 3km depending of the environnement

Pros : fair price, user manual in english, can trigger any servo based parachute

Cons : might require opening your drone and know how to solder 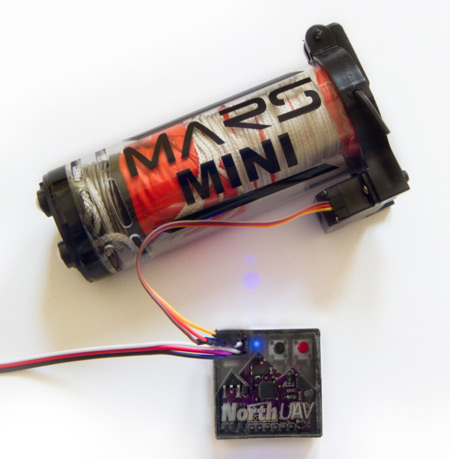 Available since a the beginning of January 2016 after a successful kickstarter campaign. The mayday is not really a remote. It is an electronic board equipped with accelerometers ans gyroscopes that can decide to automatically trigger the parachute or any PWM based safety device. The device uses machine learning to determine in which situation it will activate the parachute.

Pros : simple to install & simple to use, lightweight

Cons : not a remote (but you may use your main remote)

The Pixhawk flight controller has had the ability to autonomously trigger the parachute since version 3.2. It is easy to set up but still experimental. But you can also manually trigger your parachute with the CH7 Option paramreter in Mission Planner. This method has the advantage of being free if you already own a Pixhawk.

Pros : free if you already own a Pixhawk, easy to setup, automatic or manual or even both.

Cons : no separate remote and power system, no parachute if the Pixhawk is down. 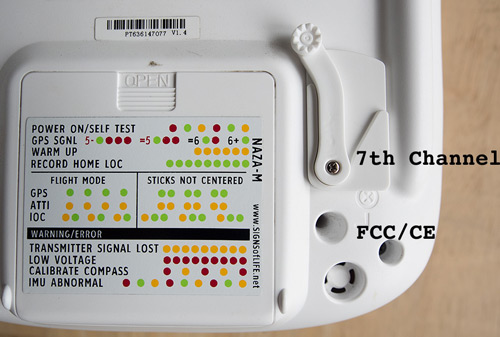 We receive a lot of question about how to trigger a parachute on a DJI Phantom a Phantom. Well, yes it is, at least on the Phantom Vision. there's a 7th channel hidden in the back of the transmitter. It is commonly used to control the tilt of the Phantom gimbal but you can also use it to trigger a parachute. You will need a 3rd party accessory to use this channel. there's a really well made tutorial about he whole setup on this website.

And here's a topic on phantompilots.com about the channel 7 and Phantom V3 upgrade.

Cons : no separate control and battery, require a software configuration.

The DIY solution to the parachute triggering problem could be pretty easy, just go to HobbyKing.com and order the simplest 1 or 2 channels transmitter with a receiver and a small battery for the receiver :

For 24.80€ that's a good way to make a parachute remote although you may want to choose another frequency if your primary transmitter is already 2.4Ghz. 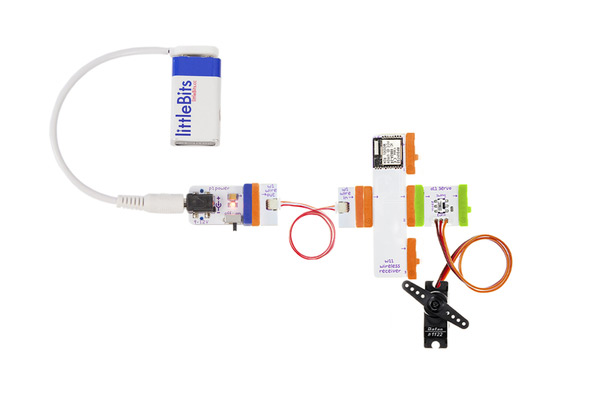 Made with LittleBits toolbox.

Before purchasing one of these systems, please be aware that your country might have already applied some regulations as to what features a drone parachute should have. As it is the case in France, in Italy and soon everywhere in Europe. Check your local regulations.