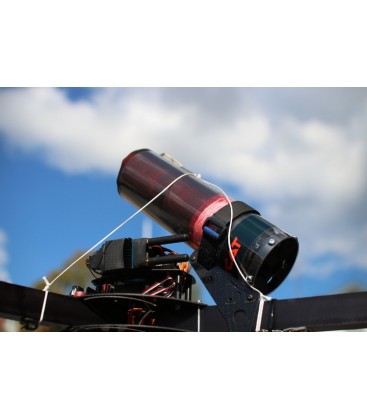 This is the Skycat launcher unit only. Pack it with your own parachute, plug it to your own trigger system with an XT60 connector and it's ready to go. You may want to buy a fuse pack for 20 additional launches.

This is the Skycat launcher unit only. Pack it with your own parachute, plug it to your own trigger system with an XT60 connector and it's ready to go. You may want to buy a fuse pack for 20 additional launches.

For complete system, you also need a trigger, a parachute attachment set, and aparachute, or just get our All-in-one package where all this is included.

Launcher is available with carbon fiber style taping as an option.