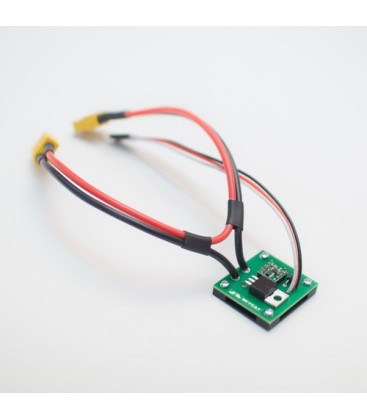 This is trigger for Skycat parachute launcher. Connects to the UAV radio, main battery, and the Skycat launcher unit. Trigger is shipped with 15 cm receiver cable and 30 cm cables for parachute battery. XT60 connectors are not soldered. Trigger contains base plate for taping to frame

Circuit board has all possible features available for enhanced reliability. Components are soldered through double sided silver plated circuit board to brass bushings. It is very unlikely to have poor connection between component and circuit board even on possibly vibrating conditions on faulty copter.

Trigger is made to withstand the most demanding environments.